Shared GP appointments: Could they be life changing?

As a GP, could conducting group appointments make your job easier? With GP numbers being too low to keep up with the 13% increase in appointments, new solutions are being trialled in order to come up with a better system.

The plan is to introduce hour and a half sessions, fitting in around 7 to 15 patients at a time who are all dealing with similar issues, so they can sit and discuss their health collectively. The sessions will take precautions however, in order to not diagnose a patient in the group.

Whilst the thought of sharing one of the more personal aspects of your life with a group of people you’ve never met may not appeal to everyone, it definitely has had positive reactions among those who have trialled the shared appointments.

Anthony, a patient at Parchmore Medical Centre in Surrey, participated in a group appointment with 7 other patients discussing their health issues surrounding their weight. According to Anthony they were medically examined in the session, calculating their BMI and blood pressure which was then presented on a board for the GP to discuss with the group.

I imagine to some individuals this situation has appeared in their nightmares, the absolute humiliation of having the identity of your well-being presented in front of people.

But feedback from Anthony’s group signifies the opposite. In fact, people became more comfortable and immersed in conversation surrounding their health issues, sharing their own advice and discussing with the GP. It also gives them an opportunity to listen to answers of questions they didn’t think of asking themselves.

Currently, some GPs see up to 60 patients per day for a ten-minute period, exceeding the safe limit . With no plans to increase funding, the primary healthcare staff need to diversify their appointments and find better solutions to manage their patients and their own time.

With recent discussions about scrapping the 4 hours wait time, the strain among healthcare staff could not be more evident. It has become national interest to improve the way the UK’s healthcare system develops so could this become the mainstream way of holding appointments?

What I struggle to visualise is how the logistics behind it work…how would those looking for a one-to-one appointment be able to book if this was rolled out on a wider scale? According to the Royal College of GPs and the Patients' Association, patients will still be given the option for a private individual appointment. Realistically, I don’t think there ever will be a day where this option will be taken away from patients.

The aim is to not only get patients back on track physically, but also have them feeling better mentally. Professor Stokes-Lampard, a healthcare professional speaking to the BBC stated;

"Sometimes being unwell can be a very lonely place, and learning from colleagues, friends, and other patients can be a very powerful way of realising you are not alone."

With the start of a new decade could we see a wave of new, shared GP appointments? As a GP, would you say that it would take a large strain off your day to day if you’re able to see patients as a group? Let us know your thoughts.

Ash Higgs is the Managing Director of MCG Healthcare. He has a long-demonstrated history working in recruitment and has now been involved in the medical industry for over 5 years. During this time, he has gained a strong understanding of the issues that both Primary & Secondary Care are facing regarding the recruitment of healthcare professionals. 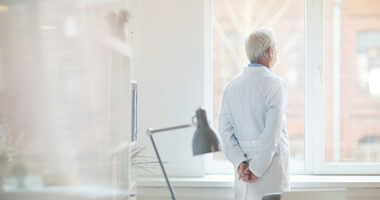