Setting a new healthcare standard with the Living Wage

Since the coronavirus pandemic first hit the UK at the start of 2020, the healthcare sector has attracted many new recruits. New NHS data shows of the 10,000 new staff recruited in first 3 months of 2021, half are completely new to health and social care – clear evidence of the ‘Nightingale effect’ caused by the pandemic.

“Nursing is not always easy, but it is one of the most rewarding careers you can have so it is no surprise that given the profession’s high profile over the last year many more people have been inspired to join the NHS’s ranks by the so-called Nightingale effect,” Sir Simon Stevens, CEO of the NHS, said.

Along with the so-called ‘Nightingale effect’ driving healthcare recruitment, the UK has also had a turbulent time with record unemployment figures. Projections from the Office for Budget Responsibility (OBR) show the UK unemployment rate reaching 6.5% by the end of 2021, which means an additional 0.9 million people in unemployment compared with before the COVID-19 pandemic.

Amidst this stretched job market, many are having to seek out a new career when their own sector has nothing to offer. The healthcare industry continuously needs new recruits to feed growing demands on its services so many have flocked to start a new health & social care career, but it’s a sector which notoriously struggles to retain staff. The UK social care workforce is about 1.5m, according to research by Skills for Care, and about 2m staff will be needed by 2035. But between April 2019 and March 2020, staff turnover in the adult social care sector was 30 per cent — about 430,000 leavers over the year.

The Institute for Public Policy Research (IPPR) think tank poll of 1,006 health professionals across the UK found one in four NHS workers, and 29% of nurses and midwives, are more likely to quit the NHS than they were before the pandemic. This equates to as many as 333,000 staff including 100,000 nurses and 8,000 midwives.

Across the UK, two thirds of full-time employees, who are earning less than the real living wage, said their pay had gone down over the last year due to the pandemic. Unfortunately, research has revealed that 1.3 million of these were key workers who had been found to be earning less than a real living wage and were in insecure working conditions. This included over half of care workers who had been on the frontline of the crisis.

If coronavirus has highlighted one thing, its our reliance on our healthcare industry’s vital work - so why aren’t staff better valued and better paid?

Introducing the living wage into the healthcare sector

MCG Healthcare is stepping up to commit to stronger sector standards by working with The Living Wage Foundation. MCG Healthcare has committed to providing its staff with a wage which meets every day needs – the living wage.

“Even though health and social care workers are desperately needed, for many on a low income the barriers to entry can be too big to make a healthcare career viable. For example, it’s not uncommon for some companies to ask employees to pay upfront for their uniforms or DBS checks, costing anything from £50-£70. This is a significant expense for a job that often pays below the National Living Wage” said Ash Higgs, Managing Director of MCG Healthcare.

“Our Living Wage commitment will see everyone working at MCG Healthcare, Poppy Nursing or StaffAid receive a minimum hourly wage of £9.50 in the UK or £10.85 in London. Both rates are significantly higher than the government minimum for over 23s, which currently stands at £8.91 per hour. As far as we’re aware we’re the only healthcare recruitment agency signed up to this initiative, so we’re hoping to set a standard within our industry. “

What is the living wage?

The real living wage is the only UK wage rate that is voluntarily paid by over 7,000 UK businesses who believe their staff deserve a wage to cover weekly needs - like the weekly shop, or an unexpected trip to the dentist.

It is independently calculated based on what employees and their families need to live. This is why it’s higher than the government minimum wage, rebranded as the ‘National Living Wage’. Thanks to The Living Wage Foundation, over 250,000 people have had a pay rise because they now earn the real living wage.

Is the living wage compulsory?

The Living Wage campaign is an independent movement of businesses, organisations and people who believe a hard day’s work deserves a fair day’s pay. Employers choose to pay the real Living Wage on a voluntary basis - it provides an ethical benchmark for responsible pay.

The campaign for a Living Wage was launched by members of London Citizens in 2001. Parents in East London found that despite working on two or more minimum wage jobs they were struggling to make ends meet, being left with no time for community and family life. It is an example of how civil society, businesses and organisations can work together to tackle in-work poverty. It enjoys cross party support, with public backing from successive Metropolitan Mayors and MPs across the UK, including First Ministers in Wales and Scotland.

Rachael is the Group Marketing & Communications Manager at The MCG Group. With a background in public relations, Rachael has worked within marketing for 13 years, specifically in the healthcare, construction, technology, aerospace and education sectors. An avid blogger, Rachael ensures our Group sites are the go-to place for the latest industry news and opinion pieces. 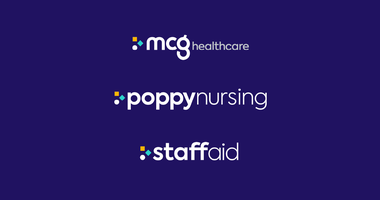 Setting a new healthcare standard with the Living Wage